Chapter 1 — Why I wanted to create Outsiders
I had no experience of disability but there were indications during my young days that I was naturally inclined towards this work. I’d was always the one at primary school to side with the kids who were shunned. I’m not sure why, except it was sad to see children sitting on their own when everybody else was having fun. 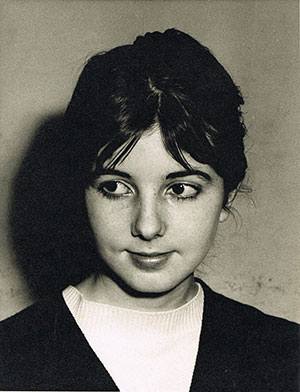 Then, in my very early teens, I acted as a “go between” for au pairs and the blokes I met. I didn’t know at the time that the blokes were not allowed to go out with me, because I was underage, so I thought I wasn’t sexy enough. I really wanted to get into having boyfriends so I kind of did it second hand. I had not realised the significance of this till, after I’d started Outsiders, a friend gave me the novel The Go Between,later made into a movie starring Julie Christie. Reading the book, I realised the profoundness of the gift.

I got my first boyfriend aged 16 and, after a year he left Cambridge and went off to study wildebeest in the Serengeti, and I went out to join him. After this I did a degree in Zoology and moved to London, where I slowly managed to enter and enjoy a quite colourful lifestyle. I went out and worked with a man who was totally fearless about starting projects, and he inspired me.

At one stage I lived with a property developer who spent his Saturdays going to Chelsea Football. I was earning a living publishing a diary at the time. Thus I had Saturdays and several months of the year with nothing to do. I was hungry for another project! Then an ideal opportunity fell into my lap: supporting disabled people realise their sexual self images and find partners.