Chapter 2 — How Outsiders started
Yes, I never thought, back in 1978, when I helped a couple of disabled guys get laid, that this was the beginning of a world-wide club for thousands of disabled people, which would last for decades. 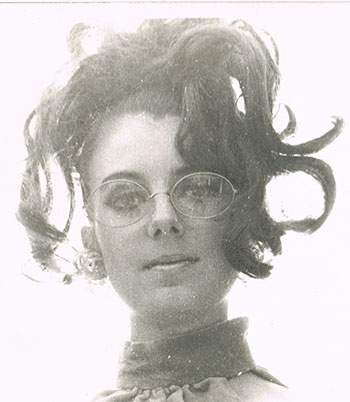 A work colleague, Nigel, had finally lost his sight, plus his girlfriend, most of his friends and his business in the process. Another colleague, Patricia Gillan, the sex therapist, called me to say that a 32-year-old man, David (exactly my age), a wheelchair user had come to her with a sex problem. His problem was that he’d never had sex. Did I know of a wheelchair accessible strip club?
Thus, some of my time during that year, was spent taking Nigel to parties to keep his interest up in life, and trying to get David laid. Blindness is my greatest fear, so I couldn’t bear to think Nigel could no longer see anything. Sex has always been my favourite activity, so I couldn’t bear to think of anyone my age having had none. I had recently suffered a bout of panic attacks after a relationship had ended, so I knew how bad social isolation can feel. Thus, it seemed very important to me to help these two people.
Eventually, with my help, Nigel’s social and personal life perked up, and David lost his virginity.
It had been fun and pretty effortless, but made all the difference to these two. It struck me that there must be thousands of other people with disabilities who could, with hardly any effort, have their lives transformed. I told David, who didn’t have much else to do, that he should start a club, and call it ‘Outsiders’. He thought it was a great idea.