First, we booked a stand at the Festival of Mind, Body and Spirit. We hung semi-translucent drapes around our stand, so people could just see inside. Visitors to the festival were treated to wheelchair rides and other experiences of disability, before they were invited to come inside and mingle. Many of those people joined up and some have stayed really supportive members ever since. It was a great moment for integration. We had lip reading classes, massage and discussion. Many disabled people who had never been able to articulate their frustrations did so with others who witnessed the pain of socialising when you’re disabled, first hand.
We also mounted an art exhibition. Entitled Emotions in Focus, we collected art from all over the world which expressed the desires of people with disabilities. We even received financial support from the Arts Council to produce our catalogue and help with the judging, and the Round House Gallery offered us their space. Outsiders members contributed to the organisation and design. It was our greatest gesture to IYDP, counteracting that ‘tea and sticky bun’ aspect, by putting on an exhibition of International art which was, by and large, erotic. Some of the exhibits were highly controversial, in particular, pieces from Simon Parritt (who later became Director of the London Institute of Human Sexuality, a post which resulted directly from his involvement in the exhibition, and thence he became the Director of SPOD!). Simon’s work included erotic photographs of his disabled body and a ‘spastics collecting box girl’ which he had transformed by making collecting box a box of tampons! This was to represent the fact that some girls with disabilities start their menstruation much earlier in life than other girls. We had exhibits from famous disabled artists including Victor Willing and Steve Dwoskin. The exhibition was opened by the UK director of Playboy and gained much press, most of it 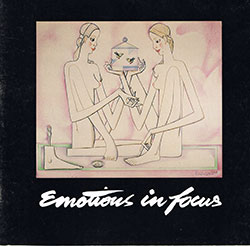 patronising, but many of the visitors claimed they gained enormous personal insight. The exhibition went on tour around the UK, but everywhere we went, we seemed to become more and more censored. It was, nevertheless, a historic venture. The show included artists from Japan (where disabled people seldom get out of institutions), Switzerland, Portugal, Grenada, and people from Germany, one of whom had been injured in WW2. One of the British artists, Pauline Leatherdale, died before the show opened, and so the exhibition became part of her funeral procession. It was profound.
We hope one day to have the art put up on this website.
The final contribution to IYDP was the presentation of two papers at an International Congress of Medical Sexology, held in Israel. One was presented to the main conference on our behalf by Dr Raymond Goodman, because it coincided with the festival in London. After the festival, I flew straight out to Tel Aviv to present a more detailed paper to the Post-Congress Symposium on Sexuality and Disability. Wendy Greengross, founder of SPOD, stood up to salute the brave efforts of Outsiders. The Symposium gave me enormous optimism.