Chapter 9 — A Big Grant Came !
In the early ’80’s, we had some very dynamic members supporting us. Mike Bramleywas one of our biggest supporters and Christine Nocek became a leading light in the organisation. In 1985, the Mental Health Foundation agreed to give us a grant. Despite our protests, claiming that we hadn’t really established our HQ properly in London, the grant was to expand the club all over Britain. We were to appoint a Development Officer. Christine, being too ill by that time, declined the post and we looked elsewhere. We appointed Wendy Joy. 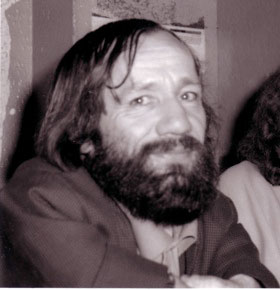 That was a manic three years. Wendy, Christine and I spent every weekend putting on events (trying to train local members to run them), in Bristol, Cardiff, Brighton, Cambridge, Southend, Nottingham, Birmingham and other cities. They were lovely, if small. It was as if people in smaller towns than London were reluctant to come and mingle with other disabled people they probably knew from special school or whatever. Meanwhile, the London lunches flourished with members from Paris, Glasgow, Liverpool and the South Coast, attending on a regular basis and groups of people getting together for trips to Holland and other holidays.
We ran training sessions for people who were helping at the lunches and parties and we also started group therapy classes. These ‘Body Image Workshops’ are aimed at improving the participants’ chances of finding a partner by helping them learn how other people see them. First, each person says what they think is the best thing about themselves and the worst. Then others say what they think are their best and worst features. The contrast has always been amazing, and members have learnt important basic things that many of us take for granted. One blind member, for example, who just moaned about his lot, was offered the suggestion that he smile more. ‘Smile, what is that?’ he asked, never having seen a smile. ‘I know what laughter is, it’s hee hee hee—but what is smile?’
I saw the project through to the end and submitted the required report. The Mental Health Foundation wrote back to say it was one of the best reports they had ever received.